Q: What are the ethical issues North American museums have to take into account when considering establishing satellite branches or even temporary projects such as exhibitions or programs at cultural institutions in countries ruled by totalitarian regimes?

A: Steve Miller, Executive Director, Morris Museum, writes:
To a degree, I suspect any involvement with a totalitarian régime would depend on the purpose of the involvement, who’s in charge, where and why it is being done, who’s underwriting it and why and what the outcome might be. At the moment, a prominent example of the debate surrounds the Olympics and China. I think we tend to either forget China is a dictatorship or we prefer not to acknowledge that fact. (Certainly if we look at where our clothes are made, chances are pretty good they are made in China and that doesn’t bother most of us.)

Our political leaders aren’t able to provide answers. We can trade with China but not Cuba. Viet Nam used to be off limits, now it isn’t. Libya is back in our good graces even though its government has not changed. I personally came face to face with the question in the mid-1980s.

In 1985 I organized a photography exhibition for a government gallery in the Forbidden City in Beijing. I was the senior curator of the Museum of the City of New York, and in charge of its picture collections. I thought long and hard about collaborating with a dictatorship but decided it was for the best interests of cross-cultural understanding. The project was organized under the auspices of the New York City – Beijing Sister City program. The exhibition presented contemporary photographs of Manhattan. Photography is probably the easiest of the visual arts for people to connect to. There were about a hundred large-format color images in the exhibit. Slides of all the photographs had been sent to Beijing officials before they approved the show. An hour prior to opening it, with all the attendant fanfare of such an occasion, one of the photographs was removed.

It was a view of a street in Chinatown and far in the distance, high on a fire escape; one could see a tiny flag of Taiwan. These flags are banned on mainland China. My dilemma was whether or not I should make a scene. I decided not to and after watching thousands of people tour the galleries during the next few weeks, I was satisfied with my restraint. These were ordinary Chinese who would never visit the United States. The disastrous effects of the Mao’s terrible Cultural Revolution were still reverberating, and the watchfulness of a dictatorship was evident. But, the small exhibit allowed for a nice conversation, albeit silent, between a democracy and a dictatorship. I should add that I did include the Chinatown photograph in slide talks I gave during the time I was in Beijing, fortunately with no adverse response.

My limited experience aside, the topic remains pertinent. I would not want to be involved in a cultural program in Zimbabwe or Burma right now. I suspect decision-makers in museums may cut some totalitarian nations a little slack because it is considered their “way of life.” Several Arab kingdoms come to mind.

Cultural sensitivity and the respectful exchange of ideas, is, in my opinion, a key element of what museums are all about.

Yes, we do decide if our voices can be heard in spite of some assault or change of attack or whatever on your project. If the points you hope to get across can still be communicated in as close to their original meaning as possible, I would (and did) choose to proceed. If your authority is substantially diminished, made ineffectual or shut out and it is impossible to make your points, perhaps it is time to withdraw and try another day – not unlike the opposition presidential candidate in Zimbabwe now.

I do not know what is different insofar as totalitarian regimes’ involvements with museums may be concerned these days. I suspect there is no change and that technology has little influence. One of the first things dictators do when they take power is to control the arts. This also extends to any other areas that might allow differing opinions to be voiced such as the media, education and communication technology. Museums in these societies are propaganda machines that promote the party line.

A: Anthony Shelton, Director, Museum of Anthropology at the University of British Columbia, writes:
Most museums, after their mission and vision statements, have codified institutional values. Such values usually stem from the mission or/and vision statement, but could be made wider to address conundrums of the sort you envisage. In some countries, national museum associations recommend general ethical guidelines, as does ICOM, but these usually need to be articulated and added to the specific mission statement of the museum itself. Codified institutional values are essential to mediate the relation between museums, their diverse constituencies, benefactors and the national and multinational contexts in which they are increasingly becoming important players. Without them, museums are in danger of succumbing to fuzzy ethics which can easily damage their reputations and decrease their support base.

On a recent trip to China I had the pleasure of visiting many museums across the country and meeting many of the directors or assistant directors of these institutions. I was particularly struck by the number of exhibitions from renowned institutions, including the Smithsonian, the Louvre, the British Museum and the Hermitage that were doing the rounds. On the one hand culture seems to be increasing in importance as a means of bridging different societies, values and political systems and can be an important overture for increased and improved economic and political relations. On the other hand, in the process, culture can become just another commodity, stripped from its originating community and museum context. In one major Chinese museum, in answer to a question on visitorship, I was frankly told that many museums went after exhibitions curated and branded by big name institutions because it was the originating institution rather than content that attracted visitors. If true, western museums may not be carrying out the type of cultural mission their vision and mission statements envisage, a state of affairs that can only be remedied by proper research and survey work on institutional and audience values and responses.

It is difficult for me to suggest any general direction museums should take when contemplating international relations, except to ensure they are consistent with their institutional values. In recent years the Louvre has signed a number of joint research projects and has travelled exhibitions to what might be termed, interesting political destinations, and I have no doubt that these probably had a positive impact on the foreign researchers and public who participated and viewed traveling shows, but they probably had negligible influence on the political regimes of those countries, except for them garnering more respect towards the conservation of national cultural patrimonies. On the other hand, refusal to cooperate with what from the Western point of view are ‘illegitimate governments’, particularly those that condone torture and human rights abuse and which exploit minorities, can help consolidate the museum movement as a force for ethical betterment that is capable of shaping emerging global moral universes and their associated values, that should not be lightly dismissed. 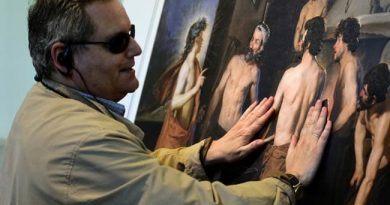 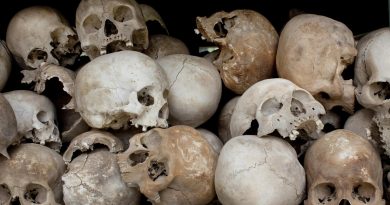