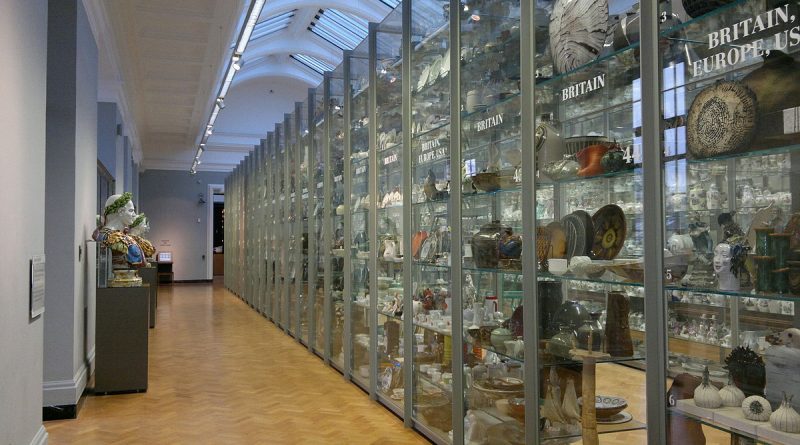 Q: Museums have increasingly turned to open storage as a means to display parts of their collection which would normally not be on view to the public. What are the specific goals for this means of display, as compared to more typical displays found in galleries? How are visitors and researchers expected to interact with the open storage area and the objects it holds? Are there ethical considerations concerning what objects are placed in the open storage areas, how they are arranged and interpreted (or not interpreted), and if this is a valid way to use the collection? Does open storage necessarily help make the museum more transparent?

Submitted by Heather Hope Stephens who begins this fall at DePaul University College of Law and who graduated in May of ‘08 with an M.A. in Museum Professions from Seton Hall University

A: University of British Columbia Museum of Anthropology Director Anthony Shelton says: The UBC Museum of Anthropology is often credited with originating the idea of visible storage in 1976 when it moved into its present building. Audrey Hawthorn, the Museum’s first curator, developed the idea as part of an overall exhibition strategy in which orthodox displays were intended for public consumption, while visible storage was geared towards students and researchers, including First Nation community members and artists looking to reclaim and deepen their knowledge of their cultural patrimony. Visible storage represented one strand of MOA’s response to calls for the democratization of museums and increased collections access. Different segments of our audience therefore interact with these collections in different ways.

For First Nation artists, the gallery provides a first port of call prior to requests for physical inspection of the pieces. For students, the pieces often provide a visible stimulus for research projects, while the public are given a veritable encyclopedia of the world’s visual culture’s. For over thirty years then, visible storage has worked very well indeed, both by increasing access for source communities and stimulating student based research projects, and I must conclude that this is a valid way of showing material that has been accumulated for the public trust.

However, today we have found that there are new expectations that the current displays do not fulfill. For the past seven years we have been holding extensive consultations with First Nation peoples and artists, as well as Pacific, Asian and African communities as an overture to refurbishing visible storage space. Concerns differ, but in the main they are focused on the visibility of material, poor display technology and design, and lack of interpretation. In response to these criticisms, we have currently begun a wholescale refurbishment of this space to create a new, hybrid kind of museum exhibition that combines interpretation with interpretation and rooms in which objects from the cases can be closely examined.

As part of our enduring institutional values in favor of source communities, we are abandoning typological classification in favor of a loose geographical and cultural arrangement of objects according to oceanic areas (Arctic Ocean, Pacific, Atlantic, Indian). This has the advantage of looking at movements of peoples, diasporas, cultural contacts rather than the neat pigeonholing characteristic of ethnographic museums. Within this meta- arrangement, specific cultures are being asked how they themselves want their pieces displayed. Currently we are working with source communities across British Columbia, as well as some in Asia and the Pacific and even a couple in Africa. Some have told us they want their material shown according to ownership histories, others by ceremonial usages, still others want us to use their ethnolinguistic classifications and some want us to use aesthetic criteria. We are currently working to honor these requirements.

The new visible storage gallery, to be renamed the Multiversity Galleries, will grow in size from 9,000 to 14,000 sq. ft. and will incorporate an additional 5,000 sq. ft in research rooms, where material can be handled, and an open presentation circle for gallery talks. ‘Multiversity’, because of the development of this new concept by African and Asian post-colonial scholars to describe a world in which there is not one, universal, type of knowledge, but many, each characterized by its distinctive epistemologies and ontological precepts. By giving voice back to communities, we are associating ourselves with this movement. The new galleries, due to open in November 2009, will show material arranged poetically – we have asked curators to work closely with communities to act almost like particular kinds of installation artists. The galleries will continue to be high density areas, but interpretation will be provided by fourteen computer terminals scattered through the space, promoting easier access by visitors of collection data.

I have no doubt that the transparency and access visible storage brings to museums is to be welcomed and encouraged. However, when dealing with sensitive materials, community collaboration is essential, both in determining what can be shown and what can’t and also in providing innovative strategies for the exhibitions themselves.

A: Morris Museum Director Steven Miller says: The necessity of museum storage is sometimes lamented by the general public and may be the most misunderstood aspect of museum operations. While it is required for several reasons (not everything museums own can or should be exhibited full-time) we do hear complaints about how unfortunate it is that museums can¹t show all they have all the time. In part, the phenomenon of open storage is a response to that wish. I think the goal is to show morein a manner that is secure for the collection and helpful for the viewer.

How are visitors and researchers expected to interact with the open storage area and the objects it holds? The open storage facilities I have seen are limited in opportunities for visitor interaction other than the customary one of looking at things. Some facilities provide computer or hard copy access to catalog information along with publications and perhaps videos. I like this and hope it can be encouraged. Open storage is especially helpful for researchers. Presumably, actual physical access to museum items contained in the storage areas is possible by appointment, for those seeking more detailed information. The limitations and possibilities for interaction will depend on the capabilities and resources of a particular museum, and the nature of the items in storage.

Are there ethical considerations concerning what objects are placed in the open storage areas, how they are arranged and interpreted (or not interpreted), and if this is a valid way to use the collection? Since just about everything we do can involve ethics, I will assume there are ethical considerations concerning objects in open storage. I understand this to be the case with certain indigenous pieces which require handling by designated people/genders, or viewing only by permitted individuals. This is out of my area of experience and I defer to my colleague Anthony’s excellent and more expansive response above.

From a conservation perspective there will be ethical considerations regarding what objects are placed in open storage and how they are arranged. Rodin drawings immediately come to mind. These are often extremely light sensitive and museums will avoid exposing the originals to the possibility of regular viewing in open storage. Fabrics, watercolor paintings, photographs, and a host of other light sensitive material items need similar protections.

I can¹t think of a strong example for where interpretation or the lack thereof would be an ethical matter. As I noted above, most interpretation is contained in ancillary computer or hard copy catalog information. The traditional museum label is limited in use. The idea of open storage suggests just that. It is not a refined, interpreted, designed museum exhibition. I don¹t know if anyone has surveyed the public about this but I suspect most people “get” the concept.

In my opinion, open storage is a valid way to use museum collections. I find it amusing because when all is said and done, it is simply a return to the old nineteenth-century museum concept of showing everything, or as much as possible. Cases and containers and lighting have changed in style, design and scope but the presentation remains full and expansive with minimal labeling.

I have been involved in establishing two open storage components of exhibitions at museums I directed in the past ten years. One was for the Bennington pottery collection at the Bennington Museum in Bennington, Vermont. The other was for the Murtogh D. Guinness collection of mechanical musical instruments and automata at the Morris Museum, in Morristown, NJ.

The Bennington pottery exhibition is a permanent gallery devoted to nineteenth century ceramics made in Bennington. The Bennington Museum has the best and most comprehensive collection of these items and it is the primary source of information on the subject. The previous gallery was simply a huge room full of cases of pottery (some of which was not Bennington). In essence, it was open storage with no explanations or interpretive information. Now a third of the gallery tells the story of Bennington pottery and one third of the gallery is open storage with books, catalogs and other information available.

The Guinness collection open storage resulted from a requirement of the 2003 bequest that ninety percent of the collection be shown to the public within a four year period. The collection numbers about 700 pieces and is one of the most important of its kind in the world. A permanent interpretive exhibition in a 4,300 square foot gallery tells the story of mechanical music and entertainment, which was so common in the nineteenth and early twentieth centuries. The exhibition holds about 150 pieces. The remaining 550 pieces are stored on compact shelving in a 1,200 square foot facility below the gallery. It is easily accessible by the public and visitors can view the collection through large glass windows. In addition to the storage facility, there is a research room open by appointment for specialists, collectors, and other seeking information on the subject of mechanical entertainment.

How should museums best use their available gallery, storage, study, etc. space? Is it better to allocate spaces to customary exhibitions (which usually have far fewer items than in storage), or, fill up areas with open storage that is far less informative on a mainstream didactic level?

I believe a judicious balance is desirable but not mandatory. Perhaps the battle between showing as much as possible and also trying to present interpretive exhibitions that do not overwhelm viewers with a jumble of collections results from museum exhibition successes. We in the field have trained our visitors to expect a certain level of excellence in how collections are explained in an exhibition context. Consequently there is some disappointment when people encounter the minimalist concept of open storage.

Does open storage necessarily help make the museum more transparent? I think so. 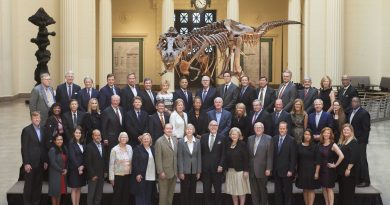 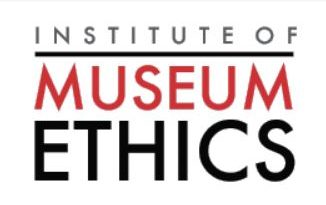 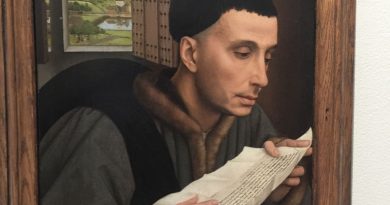 One thought on “Museum Ethics Q & A: Open Storage”