Abu Dhabi’s Tourism Development & Investment Company (TDIC) today announced that PricewaterhouseCoopers (PwC) has been appointed “as an independent auditor to monitor its contractors’ and subcontractors’ performance in the area of worker welfare” for construction projects on Saadiyat Island, including the Guggenheim Abu Dhabi, Louvre Abu Dhabi and Zayed National Museum. PwC describes itself as “one of the world’s largest providers of assurance, tax, and business consulting services.”

PwC will report to TDIC on key aspects of worker welfare, including holding of personal documents, illegal recruitment fees, payment of wages, health and safety, and working and living conditions. The results of the audit reports will be released in a comprehensive report to the public [emphasis added] on an annual basis.

They will also be conducting site visits to assess the living and working conditions of the workers. To preserve independence and in compliance with international standards, PwC will work with TDIC’s Internal Audit Department, and will also communicate directly with the TDIC Audit Committee as and when needed.

Human Rights Watch (HRW), the international watchdog group, had previously been highly critical of conditions for construction workers at the Gehry-designed Guggenheim and other projects on Abu Dhabi’s Saadiyat Island. In March, HRW issued a statement endorsing an announced boycott of the Guggenheim Abu Dhabi by a group of artists who were concerned about alleged workers’ rights violations at the project. It remains to be seen whether these critics will be mollified.

The Solomon Guggenheim Foundation this morning expressed its support for PwC’s appointment as “an essential component of safeguarding workers’ rights and ensuring that the contractors and sub-contractors working on the Guggenheim Abu Dhabi construction site comply with UAE [United Arab Emirates] labor laws and TDIC’s Employment Practices Policy [my link, not theirs].”

We look forward to a continuing dialogue with TDIC and recognize that these issues are complex. We remain committed to the workers on the Guggenheim Abu Dhabi construction site, to maintaining the integrity of our joint project with TDIC and to establishing a truly international museum that will reflect and celebrate the cultures of the Middle East while fostering an atmosphere of open, intellectual exchange.

There has not, as yet, been an official groundbreaking for the Frank Gehry-designed Guggenheim Abu Dhabi, but the pilings for the foundation are in the ground, according to a Guggenheim spokesperson. In January, two curators were appointed for the Abu Dhabi facility—Suzanne Cotter and Reem Fadda. 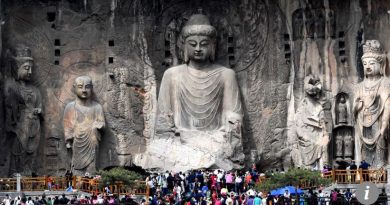 Artist Not Happy After Jewish Museum Takes Down His Work

The Met Will Return a Pair of Statues to Cambodia