Interviewing Wal-Mart heiress Alice Walton about her in-construction Crystal Bridges Museum of American Art was, journalistically speaking, a good get. Alice didn’t appear, let alone make herself available for interviews, during the press tour of the facility that I attended last month (reported here, here, here and here).

But Carol Vogel of the NY Times blew her chance to come up with something new and interesting. She signaled her intention to write a puff piece in the very first sentence:

The era of the world-class museum built by a single philanthropist in
the tradition of Isabella Stewart Gardner, John Pierpont Morgan Jr. and
Gertrude Vanderbilt Whitney may seem to have passed, but Alice L. Walton
is bringing it back.

Unless Vogel managed to get a good look at the full scope of the collection (trust me, I asked for that when I was there!), she has no way of knowing whether Walton has managed to achieve her improbable goal of swiftly assembling a world-class collection in a mere five to six years. (The Metropolitan Museum, Boston Museum of Fine Arts and Art Institute of Chicago, to name three of the great American art collections, had more than a century’s head start.)

As Vogel noted (and as I was also told by the museum’s curators), it wasn’t until 2005 that Alice began collecting with the museum in mind. Her holdings before that were, for the most part, of less importance, as I was informed during my visit.

That recent conversion to serious collecting is part of what makes the first paragraph of Vogel’s article so eyebrow-raising: The other great museum founders whom she placed in the same league with Walton had put the horse before the cart: They were already voracious acquirers of great things before they envisioned creating a facility to institutionalize their collecting achievements and share them with the public.

Crystal Bridges will rise or fall on its collection. No amount of grandiose architecture and daring feats of engineering (for both the museum facility and the landscape) can trump the as-yet-unknown depth, breadth and quality of the collection.

The engineering is undeniably eye-popping: Those “two ponds” that Vogel refers to (which will lap right up against the buildings) will be man-made, created by a complex system of dams and weirs that will reshape Crystal Spring. When unleashed, after completion of construction, the water from the spring will flow through the site, going directly under the suspension-bridge pavilion (which will sometimes move slightly) for 20th-century art. (You can get some sense of the engineering details in this CultureGrrl Video of my hardhat tour with David Burghart, the facilities manager for the project.)

The “Bentonville Effect” (assuming that architect Moshe Safdie can have the same impact in Bentonville as Frank Gehry did in Bilbao) may bring visitors to Arkansas once, to be awed by this incongruous cultural oasis, snugly nestled in a forest.
But it is the quality of the art, exhibitions and programs that will keep them
coming back (or not).

The greatest achievement of Crystal Bridges would be to serve as catalyst for a vibrant cultural scene in its region. Its recently hired curators have been lured there from major art centers. So I asked one of them where he would be able to find cultural sustenance beyond the walls of his museum. He mentioned (in all seriousness) the possibility of getting on airplanes.

Unless I’m missing something, Vogel’s piece, online today, is not in the hardcopy of today’s paper. (It’s missing the customary note at the bottom of such pieces, which says when they will appear.) What IS, ironically, in today’s paper is a piece by Patricia Cohen, announcing the purchase by the New York Public Library of the papers of the late Timothy Leary, the LSD guru.

As you may remember, the NYPL infamously sold to Walton (for a reported $35 million) its iconic Asher B. Durand masterpiece, “Kindred Spirits,” to raise funds for purchases of historic books and manuscripts. Could it be that Durand funded Leary?

If Walton is wondering how her new museum will be received by the general public when it opens on Nov. 11, she may have gotten an unpleasant shock from the readers’ comments already pouring in on Vogel’s piece. While some expressed gratitude for what Walton has done, more were in the same vein as this first posting, by Mark of Philadelphia:

If only they [Wal-Mart] thought of American jobs the same way they seem to revere American art, oh what a perfect world this would be. 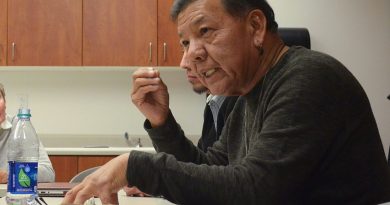 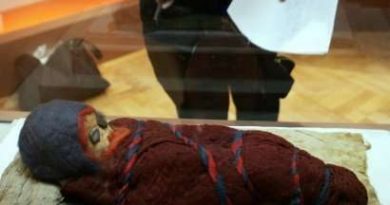 Outrage after Kyrgyzstan reburies its only ancient mummy