Here’s a lesson in keeping good art records, with photographs. The Art Loss Register has just announced that it was able to identify and return two 17th Colonial paintings storen from a church in Bolivia in 1997 “thanks to the good quality archival photographs taken by the church prior to the theft.”

The story began on Christmas Eve in 1997, when more than a hundred religious artifacts were stolen from the Church of San Andres de Machaca in La Paz. A Bolivian National Monument since 1962, the church had been the targeted by thieves several years before as well. In 1997, it reported the new theft to the Bolivian Ministry of Culture and Interpol, which was later relayed and recorded on the Art Loss Register’s international database of stolen, missing and looted artwork, ALR says.

Last May, a U.S. art dealer asked the ALR to search its database of stolen art for two of the Bolivian colonial works. The dealer said he received the paintings on consignment from an elderly American collector. Art historians employed by the ALR conclusively identified the portraits of ‘Saint Rose of Viterbo’ (at left) and ‘Saint Augustin’ because they had suffered damage in several unique areas — documented by those archival photographs.

The paintings were returned to Bolivia at its embassy in London last week.

ALR says that many significant paintings from the Church of San Andres de Marchaca are still missing — including those depicting St. Rose of Lima, St. Francis Protecting the Laics, The Holy Family and an Armed Arcangel.

The dealer’s name and his source have not been disclosed, but investigations must be continuing. 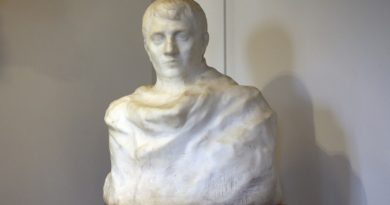 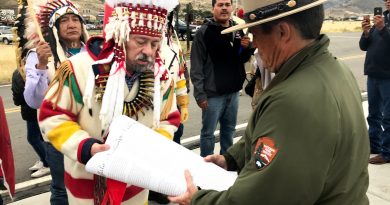