For more than fifty years the Solomon R. Guggenheim Museum in New York has selected the perfect wall colors to complement the celebrated collection of modern art showcased in its Frank Lloyd Wright-designed home on Fifth Avenue.

Beginning this fall, the Guggenheim will share these trade secrets with homeowners, interior designers, architects, and art lovers everywhere.

When I received an email this morning with the message I’ve pasted above, I honestly thought it was a joke sent to me because I’ve lambasted too-too commercial ties between museums and corporations. I thought it might be from The Onion. I chuckled, and kept reading:

Through an exclusive licensing arrangement with the Guggenheim, Fine Paints of Europe, Inc., of Woodstock, Vermont, will introduce two paint collections suitable for residential and commercial use in October 2011. The Classical Colors is a set of 150 wall colors drawn from much-loved paintings in the Guggenheim’s permanent collection. The Gallery Colors are comprised of 50 hues favored by generations of Guggenheim Museum curators, artists, and designers-including Wright himself.

Then I got worried: this sounded real. I checked the Guggenheim website, and there it was — a real press release with more details. So the outlandish example involving paints that I imagined for the Museum of Modern Art less than two weeks ago is already outstripped by reality.

Critics of my position on commercialism tell me to lighten up, but this is no laughing matter — to me at least. Maybe it’s worth remembering theater in New York before Disney and Andrew Lloyd Webber and … when serious plays had a large audience. Now they thrive usually when a movie or TV star like Hugh Jackman, Katie Holmes or Madonna cop a part. They may be fine actors, but that’s not why many people buy tickets.

Museums are going through tough financial times, I know, and they have to raise money somehow. But it’s unclear exactly what the Guggenheim will get for lending its name and prestige to house paint. An inquiry to the spokeswoman produced the answer “a portion” of the revenues taken in from sales of the paints will go to the museum.

This is, not btw, just the most recent in the projects of the museum’s “co-branding” program, listed on its website and described this way: “Guggenheim licensees enjoy a variety of benefit options, from private events in our museum to co-branded marketing campaigns.” The website lists licensing deals with five other companies, including Harry Winston. There’s no mention of fees, except that all revenues support the not-for-profit mission of the Guggenheim.

But the cost of this commercialization is not nothing. Are these revenues really worth it?

As Extremists Invaded, Timbuktu Hid Artifacts of a Golden Age 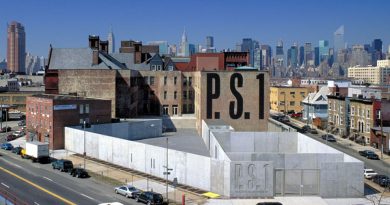