Skip to content
News
November 29, 2011 Kelsey 0 Comments antiquities, archaeology
Three fine articles in the November issue of the Art Newspaper examine where museums and nations go from here after the events of the last ten years. The rules are changing; objects have been returned, and more returns are on the way. When laws have been broken, objects were returned, and precedents are being set.
As a consequence, the way museums deal with antiquities is changing. As Max Anderson says in Erica Cooke’s article, museums are moving away from “treasure houses” and acting instead as stewards of these objects and the heritage. And this may be forced on museums in any respect, as there are indications Italy will continue its recent efforts to stem the illegal trade in antiquities. 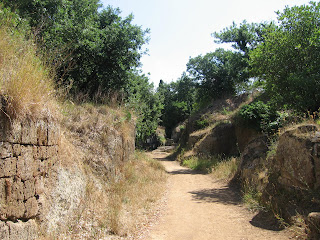 [Paolo] Ferri says that the ministry is now looking carefully at “cryptic provenances” such as “Swiss private collection, 1980s” or “English, after 1975” with a view to introducing new legislation.

. . .
It is also worth noting that one of the first things that Ferri has done, since his transfer to the ministry of culture, has been to sharpen its focus on tracking stolen antiquities. The carabinieri are discovering the location of hundreds of antiquities, dug up illegally throughout the country and smuggled abroad from 1970 onwards. Many are in the possession of 40 or more major museums.

“Our intention is not just to get them back but to put a stop to trafficking,” says Ferri, “and I think we are having a degree of success: many museums and countries have changed their rules and regulations. It is not a question of property, but of morality. If the role of museums is to educate, they cannot possibly hang on to illegal artefacts.”

In a piece by Mauro Lucentini the two authors of “Chasing Aphrodite” offer their thoughts on where things should go from here. Felch notes the important stage we have entered:

This is a critical moment for both parties . . . The coming years will determine whether the spirit of co-operation that now prevails might amount not simply to an armistice, but all-out peace. The Italians must resist the temptation to continue with their iron-fist approach which, in the end, will cost them the public support in the US they have enjoyed until now.

And Frammolino argues something similar, “art is Italy’s best ambassador” and that more pieces from Italy should be displayed at the Met. After my experience in Naples last summer, I tend to agree. But I also have a great deal of sympathy for the Italian position, and I’m not sure their approach has been all that “iron-fisted” as Felch describes it. I think the Italians could have been far far more aggressive, and some Italians I’ve spoken with have said they want a stronger approach, and more objects should be returned, and more collectors and museum officials should have been targeted. For me, the importance of this period will be the precedent set for future action. I’m currently working on a project thinking about the concept of justice, and how legal principles, and collective action should work towards a just result for museums, the public at large, future generations, and nations of origin. It looks to be an exciting time to continue thinking and monitoring these issues.
Posted by Derek Fincham at 10:57 AM
Article source: http://illicit-cultural-property.blogspot.com/2011/11/antiquities-and-archaeology-in-art.html?utm_source=feedburner&utm_medium=feed&utm_campaign=Feed%3A+IllicitCulturalProperty+%28Illicit+Cultural+Property%29

Detroit Mum on Proposal to Use Its Art as Collateral 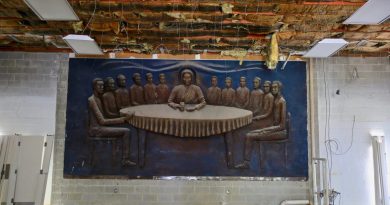