Just as the Intrepid Sea, Air and Space Museum is seeking to expand onto state property in Midtown Manhattan, some of its trustees have been pressing the rest of the board to contribute to Gov. Andrew M. Cuomo’s re-election campaign by buying tickets to his birthday party on Tuesday night.

The party, organized by the governor’s 2014 campaign committee but billed as a birthday gala, will be at the Intrepid museum, the aircraft carrier on the Hudson River. The singer Mary J. Blige is scheduled to perform for the attendees, who will pay as much as $50,000 a table.

Among those who have been trying to drum up support for the event are the chairmen of the tax-exempt foundation that operates the museum, Charles de Gunzburg and Richard T. Santulli. They and two other trustees signed a letter to their fellow board members, including Barbara Walters, about 10 days ago, encouraging them to buy tickets to support the governor, who “has worked hard and fearlessly for us.”

The letter went from Mr. de Gunzburg’s museum e-mail address to more than 20 other trustees. Beneath the subject line “To Intrepid Trustees,” it said, “We are fully committed to this governor” and “it is important that we, as board members, support him at this great event.” The letter ended by providing an e-mail address for the finance director for Mr. Cuomo’s campaign, Jennifer Bayer Michaels.

A spokesman for the governor, Josh Vlasto, declined to comment on the appropriateness of the letter, but said, “The holding of an event at the Intrepid will have absolutely no bearing on any determination the state may make with respect to this matter.”

Mr. de Gunzburg and Mr. Santulli did not respond to requests for comment. A spokeswoman for the museum said in a statement: “The letter sent to foundation board members was sent in error, but was meant as a personal appeal. Intrepid board members are leading philanthropists and are frequently given the opportunity to donate to different causes that might interest them.”

Charitable organizations like the Intrepid foundation usually steer clear of such political activity for fear of jeopardizing their federal income tax exemption. On its Web site, the Internal Revenue Service says that contributions to political campaign funds “clearly violate the prohibition against political activity.”

One test of whether that rule has been violated is “whether the board chairman was inviting people to an event in his role as chairman of the board,” said Abby Levine, legal director for advocacy programs at the Alliance for Justice in Washington. Ms. Levine, who advises charitable organizations on how to comply with federal tax laws, was not familiar with the Intrepid case, but she said she discouraged tax-exempt organizations from using their lists of employees or trustees for communications involving political campaigns.

The fund-raising appeal came while museum officials are trying to persuade state officials to allow the construction of a building on a lot across the West Side Highway from the aircraft carrier. The building would house the Enterprise, the prototype for the space shuttles, which is scheduled to arrive at the museum next summer.

The Intrepid has used the lot for parking for several years under an agreement with the State Transportation Department. But after NASA awarded the Enterprise to the museum in April, Intrepid officials decided to build an $85 million science and space museum there. To do so, they need permission from state officials to build on the land and a zoning change.

Intrepid officials have begun trying to raise about half of the estimated cost of the new building from government agencies. So far, the Cuomo administration has not promised any money. 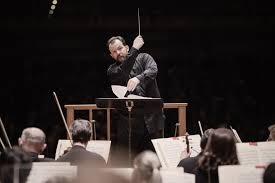