But it is unclear how quickly the historically black university in Nashville will be able to complete a $30 million deal to sell a 50 percent stake in the collection to the Crystal Bridges Museum in Bentonville, Ark.

Under the agreement, the artworks including O’Keefe’s own 1927 oil painting “Radiator Building — Night, New York — would move between Fisk and the Arkansas museum every two years.

A state appeals court ruling Tuesday threw out a judge’s requirement for Fisk to reserve two-thirds of the proceeds to ensure future upkeep of the collection amid the university’s shaky financial circumstances.

Fisk officials argued at last year’s trial that the school had mortgaged all of its buildings, was running a $2 million annual deficit and had no unrestricted endowment available. The opinion notes that when President Hazel O’Leary was asked whether Fisk was “viable” given the scope of its financial challenges, she responded, “No, not at all.”

The 2-1 decision found the lower court didn’t have the authority to require the creation of the $20 million endowment to guard against creditors should Fisk declare bankruptcy.

“The record clearly reveals that that Ms. O’Keeffe never intended for the Collection to be sold or otherwise monetized in order for Fisk University to pay its general operating expenses,” Clement wrote in his dissent.

Even with the endowment in place, Fisk would be able to use $10 million to “rise above its current financial predicament,” while staying closer to O’Keeffe’s original charitable intent, Clement said.

While the majority opinion rules out the judge establishing an endowment requirement, it does not preclude the court from approving one or another “dedicated source of support” for the collection. It also calls on Fisk to lay out how it will use a $1 million pledge from Walton to upgrade the display space and outline how it plans to spend the $30 million from the deal.

The state attorney general’s office, which has fought to keep the collection from leaving Nashville, has not yet decided whether to seek an appeal to the state Supreme Court. A Fisk spokesman did not return a message seeking comment.

In 1949, O’Keefe donated 97 pieces to Fisk from the estate of her late husband, the photographer Alfred Stieglitz. They include works by Picasso, Renoir, Cezanne, Marsden Hartley, Alfred Maurer and Charles Demuth, among others.

O’Keeffe, who died in 1986, also gave the school four of her own paintings as part of the gift, which was made to Fisk because the school educated blacks at a time when the South was segregated.

The gift carried the stipulation that it could not be sold or broken up. But Fisk has argued that it can’t afford even the $131,000 it currently spends to display the collection each year.

The school in 2002 sought to send the collection on a foreign tour to raise money for the school. Three years later, Fisk announced plans to sell O’Keeffe’s “Radiator Building” and Hartley’s “Painting No. 3.”

That move was blocked by the state attorney general, whose office is responsible for overseeing charitable giving in Tennessee. The current case is the result of protracted legal fights over the collection.

Forging an Art Market in China 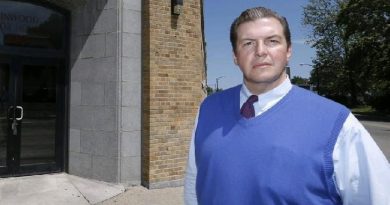