Skip to content
News
January 18, 2012 Kelsey 0 Comments art theft, athens, athens' national gallery, greece
No recovery or arrests yet, but there has been a little new information to shed light on the recent theft from the Athens’ National Gallery. Police have said that one man entered the National Gallery through a small balcony door, after he had deliberately and repeatedly set off alarms the night before, which led to a guard disabling one of the alarms. There has been speculation that Greek austerity and budget cuts contributed to the theft, which seems overblown and a bit unfair to the Greeks. Whenever a security breach or theft takes place, the museum looks bad. And whether budget cuts and poorly paid security played a role remains to be seen.Greek authorities have said that the theft was probably done to benefit a private collector. That seems at this point to be speculation, and is an attractive, if unlikely motive for the theft. There just aren’t that many real-life versions of Dr. Julius No.

But there is a good idea about what uses these stolen works may be put to:

Dick Ellis, director of Art Management Group in England, who set up the art theft division for Scotland Yard more than 20 years ago, said there’s a good chance they will be recovered and, if not, used as collateral to fund other criminal enterprises. “Government indemnity doesn’t cover theft. They [thieves] are looking for a ransom route that is not going to be forthcoming. We’ll have to see the caliber of the criminal,” he told SETimes. “It’s obviously an important Picasso, and it adds to its prominence that it was given by the artist himself,” said Ellis, who recovered in Serbia two Picassos stolen from a Swiss museum five years ago.

When a theft like this takes place, security is front and center, and the Greeks are noting that security was robust at the museum:

Niki Katsantonis, a spokeswoman for the culture ministry, told SETimes that “The National Gallery, as well as all the other museums and archaeological sites, are equipped with modern security systems,” and pointed out that there have been thefts at many other museums around the world. She said the gallery will build a 46.5m-euro extension this year with EU funds, an addition that “won’t just improve the grounds, but it will fortify them as well”. Police spokesman Athanassios Kokkalakis said, “These were no amateurs. Their moves and operation together were very well calculated. With the publicity this heist has received, it’s unlikely these works will ever make their way into the black market.”

Robert Wittman noted, “You can’t judge art only on the dollar value, but what it means to civilisation. Your biggest agony is if it is destroyed or damaged. . . . About 99.99% of the time they are not stolen to order, but on the ability of the thieves to go in and get them. Most of the time they will take what’s easy to get and carry. . . . If they get caught in an armed robbery or something else, they can use it to negotiate.”

What Is a Warhol? The Buried Evidence by Richard Dorment | The New York Review of Books 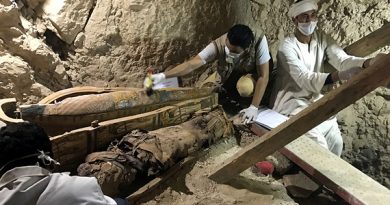 How Egypt plans to crack down on antiquities theft 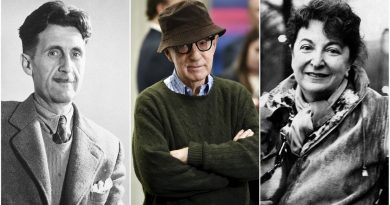