PARIS – On Monday, after two decades of resistance, France returned to New Zealand the mummified heads of 20 Maori warriors that have been held in French museums for more than two centuries.

French Culture Minister Frédéric Mitterrand and New Zealand’s ambassador Rosemary Banks presided over a solemn ceremony with music, singing and calls to the spirits of ancestors at the Musée du Quai Branly in Paris. “You are the breath of life, you, our forefathers,” Derek Lardelli, a Maori elder, intoned at the ceremony.

The Maoris traditionally preserved the tattooed heads of warriors killed in battle to keep their memory alive. In the 19th century, as contact with outsiders increased, a trade in Maori body parts flourished as a result of a European penchant for collecting Maori remains. Tattooed Maori fighters sometimes were in danger of being killed so their heads could be sold. Some Maori slaves were forcibly tattooed, then decapitated.

Since 1992, the Te Papa Tongarewa, New Zealand’s national museum in Wellington, has made requests for all Maori remains to be returned from around the globe, as part of a project to restore some dignity to the dead. The museum tries to identify and hand over the remains to the appropriate tribes, ideally to allow for proper burials.

The French government long refused. Its Culture Ministry contended that the heads were works of art that belonged to France and that their return could set an unfortunate precedent for a huge swath of the national museum collections — from Egyptian mummies in the Louvre to Asian treasures in the Musée Guimet and African and Oceanic artifacts in the Musée du Quai Branly.

In 2010, however, the French parliament voted overwhelmingly to return Maori remains to New Zealand, and the government had no choice but to comply.

Before returning the remains, French scientists took tiny samples of DNA and matched them against Polynesian genome databases to verify that the heads were genuinely those of Maori. 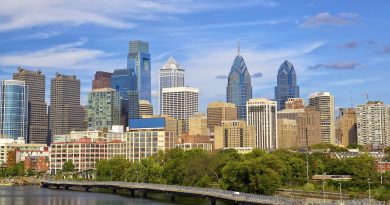 Museum Boss Fears Philly Insect Heist Was an Inside Job