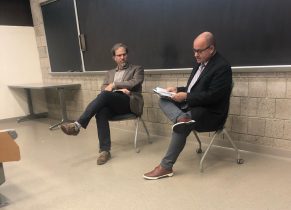 Lecture and Discussion: “The Challenges and Opportunities of Making Public History”

The MA in Museum Professions program and the Institute of Museum Ethics in association with the Mid-Atlantic Association of Museums hosted a public lecture on September 26, 2019, featuring author, historian and museum professional Bob Beatty, Ph.D. Dr. Beatty presented a lively discussion on the world of history organizations, the most numerous of all museums, as they strive to commemorate the past and discern how to use the past to better understand the present and chart the future. Beatty shared major themes he documented in his 2017 book, An American Association for State and Local History Guide to Making Public History, and explored the challenges and opportunities that are important to any museum, nonprofit, and/or small business: entrepreneurship, change, transformation, possibility/opportunity and partnerships. He introduced themes of diversity and inclusion, relevance in museums, connecting with the local community, and the importance of history in society. MA in Museum Professions candidate Devon Mancini gave a short presentation to frame Dr. Beatty’s lecture using her history and museum background. Following Beatty’s lecture, Professor Gregory Stevens joined Dr. Beatty in a facilitated discussion with the audience over the opportunities and challenges of making public history. Watch an archived video of the full program here. 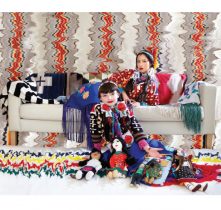 Decolonizing practice in museum settings impacts all aspects of museum function, including collections, education and interpretation, community engagement, and leadership. Shirley Thomas, director of School Youth and Family Programs and Tricia Laughlin Bloom, curator of American Art both from the Newark Museum held a lively, moderated conversation with Greg Stevens exploring the many ways the decolonization movement has motivated a number of the changes being made to collecting, presenting, interpreting, and programming the American collection at the Newark Museum, including Seeing America, the thematic title for the newly-reopened American art galleries, and the recent opening of Wendy Red Star: A Scratch on the Earth. Seeing America encourages visitors to see American art from a broader perspective, incorporating the arts of Indigenous Native Americans, African Americans, immigrants from around the world, and many others. Wendy Red Star: A Scratch on the Earth is a mid-career survey of the work of this Portland artist which draws on pop culture, conceptual art strategies, and the Crow traditions within which she was raised. The exhibition provides Wendy Red Star’s unique perspective on American history, an exploration of the intersections of Native American ideologies and colonialist structures, and highlights how boundaries between cultural, racial, social, and gender lines are reinforced in America and how these lines blur across time and place. This lecture/event was made possible by a generous grant from the Robert Lehman Foundation through its Edwin L. Weisl Jr. Lectureships in Art History Fund. Watch an archived video of the program here.

Decolonizing practice in museum settings addresses systemic racism while dismantling colonizing and often harmful structures that museums perpetuate. Cinnamon Catlin-Legutko, president and CEO of the Abbe Museum in Bar Harbor, Maine, presented a compelling talk offering a case study of the Abbe Museum’s commitment to a decolonization initiative and its evolution over six years. The Abbe Museum is the first non-tribal museum to commit to decolonizing organization-wide, from governance to exhibits and everything in between. She has been the driving force behind the museum’s decolonization initiative, working with the Native communities in Maine to develop policies and protocols to ensure collaboration and cooperation with Wabanaki people. Using this case study as a lens, Catlin-Legutko is a leading voice in the museum decolonization movement that is taking root globally in museums of all types. Working in museums for more than twenty years, Cinnamon Catlin-Legutko believes they have the power to change lives, inspire movements, and challenge authority. A museum director since 2001, she is a frequent presenter at national museum meetings and is often asked to comment on national museum issues. In 2016 Cinnamon gave her first TEDx talk, We Must Decolonize Our Museums (www.tedxdirigo.com). She is the author of numerous articles and books, including Museum Administration 2.0 (2016). Cinnamon lives on an island in Maine with her husband, son, and a dog name E. Buzz. This lecture/event is made possible by a generous grant from the Robert Lehman Foundation through its Edwin L. Weisl Jr. Lectureships in Art History Fund. Watch an archived video of the program here.

A panel discussion, Art and Controversy, with moderator Dan Bischoff, Art Critic for the Star Ledger, was presented on October 2 at Seton Hall University. Joining the panel were Emma Wilcox and Evonne Davis of Gallery Aferro, artist Jesse Krimes, and Lydia Matthews, Professor of Visual Culture at Parsons. This panel discussion was designed to further engage artists and audiences alike to consider all aspects of making and    presenting art in a public forum and the conflict that sometimes arise between intent and perception.

Lectures at the Newark Museum

On November 18th and 19th, 2010, two authors lectured on the topic of John Cotton Dana. This event was co-presented by Dana Library of Rutgers, the State University of New Jersey, Newark Public Library, New Jersey Association of Museums, Art Library of Society of New York, and the MA Program in Museum Professions of Seton Hall University. Thursday, November 18, 2010, Carole Duncan, Professor Erita, Ramapo College of New Jersey, spoke on her bookA Matter of Class: John Cotton Dana, Progressive Reform, and the Newark Museum (Periscope, 2010). “This highly original book tracks Dana’s career from its beginnings in the Denver Public Library to his move back East, where he met stiff opposition to his plans for a ‘museum of service’–his term for the alternative museum he envisioned.” Friday, November 19 – Ezra Shales, Assistant Professor, New York State College of Ceramics, Alfred University, discussed his book Made in Newark: Cultivating Industrial Arts & Civic Identity in the Progressive Era(Rutgers University Press, 2010).“Made in Newark describes a turbulent industrial city at the dawn of the twentieth century and the ways it inspired the library’s outspoken director, John Cotton Dana, to collaborate with industrialists, social workers, educators, and New Women.”

Lecture: “De-silencing the Past: Archives, Museums, and Social Justice”

Co-founder and senior historian of the Museum of Chinese in America and founding director of the Asian/Pacific/American Studies Institute and Program at New York University, Dr. John Kuo Wei Tchen is the author and curator of prize-winning books and exhibitions. He lead a critical discussion of New York City historical practices in regard to inclusivity and social justice. 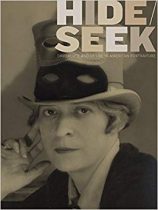 The Institute of Museum Ethics in partnership with the Institute for Ethical Leadership of Rutgers Business School held a conference on Museums, Ethics, and the Press in Newark, New Jersey on April 9, 2011. The conference explored the recent controversy surrounding the National Portrait Gallery exhibition, “Hide/Seek: Difference and Desire in American Portraiture,” examining the various points at which decisions with ethical implications were made, looking at the impact of the media (print and electronic) on the controversy, and discussing if such instances of disagreement can become opportunities for constructive discourse. 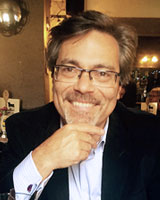 Lecture: “Museum Expansion in the Global 21st Century: The Case of Abu Dhabi”

On November 18th, Dr. Andrew McClellan discussed the case of Abu Dhabi and the future of museums in the United Arab Emirates.  He presented to a group of students, faculty, and visitors.  He specifically directed his talk towards Saadiyat Island and the cultural complex currently under construction.  Dr. Andrew McClellan is the Dean of Academic Affairs for the Arts and Science and Professor of Art History at Tufts University.  He has written one of the most popular books on the history of museums, The Art Museum from Boullee to Bilbao. 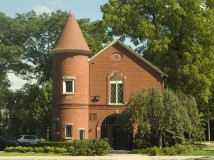 Lecture: Fred Wilson: “The Silent Message of the Museum”

The M.A. Program in Museum Professions and Institute of Museum Ethics at Seton Hall University hosted a lecture by conceptual artist Fred Wilson on Wednesday, February 3, 2010. Wilson’s talk, titled “The Silent Message of the Museum,” was free and open to the public.  In his talk at Seton Hall, Wilson discussed how his projects remind the viewer that there are many stories contained within any single object, and not just the one story described in the wall label or museum catalogue. Wilson showed how his interventions expose the one-directional view typical of traditional museum practice—from colonizer to colonized, settler to native, white to black—and remind us that there are many different perspectives and viewpoints other than those contained in traditional museum wall text. 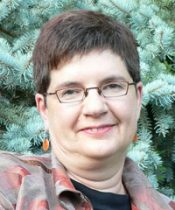 Lecture: “The Body in the Museum”

The Institute of Museum Ethics was pleased to present Dr. Janet Berlo, Professor of Art History and Visual Cultural Studies at the University of Rochester. Her lecture was held at Seton Hall University on Wednesday, October 7th, 2009. She spoke on The Body in the Museum: Ethical Issues and Historical Practices. Her scholarly interests include Native North American Visual Cultures, particularly the Plains Indians, graphic arts since 1850, and women’s representational practices. Dr. Berlo’s lecture explored the provocative subject of bodily presence and the history of the representation of the human body in the museum. Seton Hall University students and faculty as well as the general public attended the lecture free of charge. Janet Berlo’s lecture was been made possible with the generosity of the College of Arts and Sciences President’s Advisory Council and the support of the Institute of Museum and Library Services. The Institute of Museum Ethics is affiliated with the M.A. Program in Museum Professions at Seton Hall University.

The IME’s inaugural conference, Defining Museum Ethics, brought together museum theorists, museum professionals, professionals and ethicists to discuss what we mean by the terms transparency, accountability, and social responsibility.